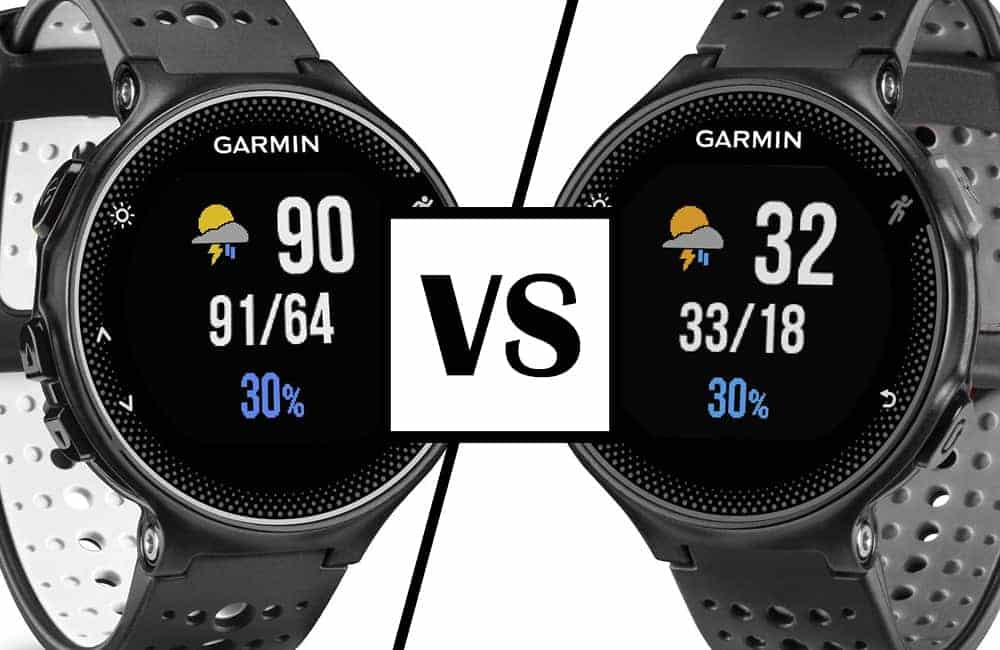 Simple and straightforward to use, offering incredible battery life and all the bells and whistles you could hope for, it shouldn’t surprise anyone that these running watches continue to be best sellers even if they’ve been available on the market for a couple of years now.

Trying to know the difference between Garmin 230 and 235 can be a bit of a challenge, though. These watches share a lot of similarities across the board but it’s the key differentiating factors that will determine whether or not one is a better choice for you compared to the other.

Let’s take a little deeper into those differences right now! 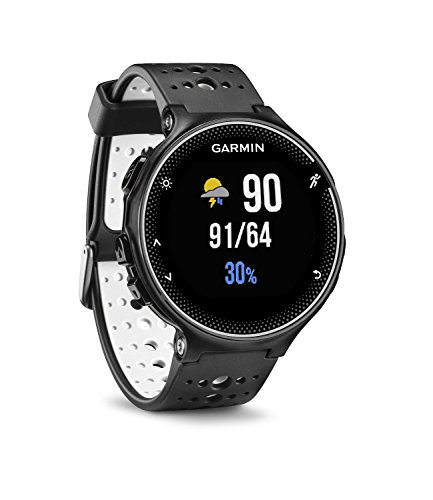 Now, this doesn’t mean that you aren’t going to be able to track your heart rate with the Forerunner 230 – it’s just that you’ll have to use a secondary chest strap heart rate monitor (like the one from Garmin). That’s an extra accessory you’ll have to purchase and something else you’ll have to strap on before you go for run, something that folks may or may not be comfortable with.

The Forerunner 235 features a risk-based heart rate monitor that is very accurate so long as you are wearing it tightly. Where the unit too loose and you run the risk of inaccurate readings, but that’s true of any risk-based heart rate system and not just the one built into this GPS running watch.

Another big differentiating factor between the Garmin Forerunner 230 and the Forerunner 235 is the total price point that you’re looking at.

Similar to the other GPS running watch lines that Garmin produces you can expect to spend anywhere between $60 and $80 more for the Forerunner 235 because it has the built-in wrist HRM technology. Even though prices have dropped on these watches (since they’ve been available for about two years now) there’s still a 10% to 35% difference in price between these options on the market right now.

It should come as no surprise here that the Forerunner 235 is going to consume more juice on the run than the Forerunner 230, again because of that built-in wrist heart rate monitor technology.

According to details released directly from the folks at Garmin (as well as sentiment shared by the running community that has used these GPS running watches in the past) you can expect to squeeze between 9 hours and 11 hours of runtime out of the Forerunner 235 when it has been charged up to 100%.

You’re going to eat through a lot more battery when the GPS/HRM system has kicked in but that is to be expected as we highlighted above.

This battery life discrepancy isn’t small. If you’re serious about stretching the battery life of your new GPS watch out as far as possible (particularly if you want to wear it as an everyday watch without having to charge it all the time, too) the odds are pretty good you’ll lean towards the Forerunner 230.

Like the Forerunner 230, though, there are accessory wristband options out there if you want to play around with the overall look and style of your new GPS running watch.

All things considered, the underlying hardware in the Garmin Forerunner 230 and the Forerunner 235 share a lot more similarities than differences.

Both units have gorgeous, easy to read displays with razor-sharp resolution and antiglare properties that make using them in any lighting condition a treat. They also have top-tier run tracking capabilities in addition to the GPS systems built on board, including systems that track your overall time, pace, altitude, and so much more.

You’ll find that the watches also both work with Garmin tracking software as well as a host of third-party solutions that you can use with the data collected by these devices. This opens up a whole bunch of opportunities to drill deep into your data and information, allowing you to better optimize your training time and your programs to get even better results.

Newer options are available on the market right now but there’s a reason why these two running watches continue to rank amongst the best selling units even 24 months after they first became available.