Kayaking is the perfect activity for adrenaline-hungry adventurers out there, but what if you find yourself kayaking amid alligators? Should you worry and start running, or in this case, paddling for your life? Do alligators attack kayaks in the first place? 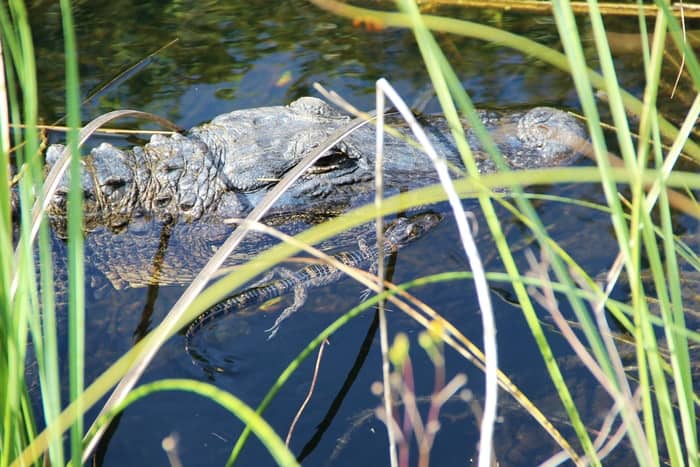 While seeing some gators around your kayaking can be more than a cause of panic, you might want to stop first and keep calm.

Read on below to know more about alligators and kayaks and whether or not these two should even be near each other at all costs.

Yes, alligators can attack kayaks. There is no way to say for sure that alligators attacking kayaks isn’t something that has never happened before.

But if it is any consolation, an alligator attacking a kayaker is very low. However, there will always be an increased risk if you paddle in areas where gators are native.

Seriously though, most alligators are often contented with keeping to themselves and minding their own business, except if they see a good enough reason to get near you.

When Do Alligators Attack Kayaks?

While there is an extremely low chance for gators to attack kayaks, it still doesn’t mean that they will not attack at all.

Just like anything else, gators will definitely attack if they feel threatened in any way. To stay safe when kayaking around alligators, it is recommended that you keep a maximum distance of 30 feet away.

Getting too near or irritating them will just end up provoking them. You should never assume that gators are passive animals. Although it is rare for alligators to chase after humans, once they do, they can easily outrun your efforts to paddle.

To better stay away from potential gator attacks, it is important to learn and understand some of their key behaviors that will help you identify warning signs so you can stay safe during your kayaking adventures.

How Do Alligators Behave?

Out of the different predators out there, alligators are considered the reserved type. These creatures will stay submerged under the water surface for hours and their snout only resurface for air now and then as they wait for prey to come near them. Alligators even tend to be somewhat reclusive to the point that other people often consider them docile or lazy.

As far as their diet is concerned, adult gators often feed on fish, turtles, snacks, birds, and small mammals. These are cold-blooded animals, and this is the reason why they are most active between twilight and dawn. But during the day, gators don’t really move that much. They often prefer spending their day lounging close to the shore, enjoying the sun over them.

If you are kayaking on a bigger river, don’t be surprised if you see the shore with several alligators hanging out. As for narrower streams, it is more likely for gators to simply slip back under the water and go out of sight once they see an approaching kayak.

During springtime when there are high temperatures and warmer weather, it is more likely for gators to behave a bit more aggressively than usual. This is when the chances of a gator attacking a kayak tend to increase dramatically. 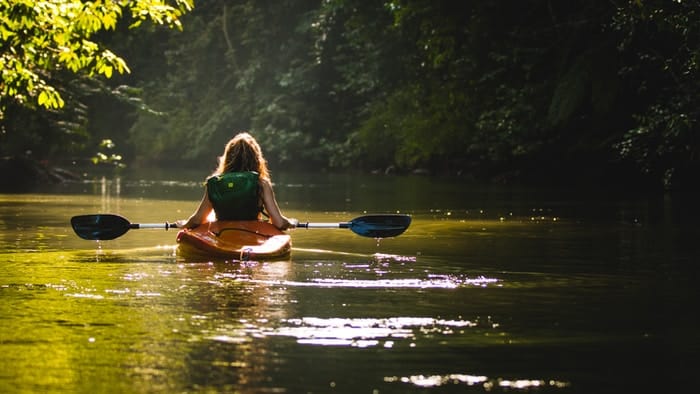 There are two primary reasons why alligators exhibit a change in behavior during this time of the year:

The female alligators make their nest in sheltered spots close to the water and guard this during the period of incubation and for up to two years after the eggs are hatched. These mother gators will show aggressiveness once they see someone who tries to hold or approach their babies or eggs. They wouldn’t think twice about attacking you once they sense their young being in danger.

What to Do if You See an Alligator While Kayaking

Once again, it is generally a very safe activity to kayak with alligators. Many of these animals that you will encounter don’t really want to have anything to do with you and keeping a respectful distance between the two of you will reduce any chances of an unwanted encounter.

Do alligators attack kayaks? Yes, they might, so it wouldn’t hurt to take the necessary safety precautions the moment you hit the water.