Camping is a great way to get away from the city and enjoy nature. It’s also a great way to meet new people and make lasting friendships. There are many different ways to pass the time while camping. Most of these games are only meant for adults, however we also include some camping games for kids.

In this article, we’re going to share with you our favorite fun drinking games for adults.

Beer pong is a classic game where two teams compete against each other by throwing ping pong balls into cups. Each team has three cups, and they alternate between serving and receiving. If a ball lands in a cup, the opposing team must drink the entire contents of the cup.

The game of Beer Pong is a great way to socialize and meet new people. If you want to play beer pong but don’t know anyone who plays, check out this YouTube video.

Can You Get Drunk Playing Beer Pong?

Can You Play Beer Pong Without Beer?

Yes, you can play beer pong without beer! If your kids wish to play beer pong, you can replace the  alcoholic drink with other beverages like coke or orange juice. However, also take note not to let them consume too much sugary drinks.

This game is easy to play. All you need is a picnic table, some drinks, and a handful friends. Everyone puts their heads down on the picnic table and on the count 3, everyone looks up quickly to see who is looking at them.

If you look at somebody and they are not looking back at you, you are okay and don’t have to drink. But if you make eye-contact with somebody, you both have to say Medusa, and the last person to do it has to take a drink. You can also do this with your head down around the campfire.

One person chooses a category, such as “Foreign Countries,” and the group must go through a round starting with “A” for Australia and then “B” for Brazil until they reach “Z.” If you can get that far, you win. But if you don’t, you have to drink. You can also drop letters such as “Q,” “X” and “Z,” but there are many clever ways to play this game.

If You Know What I Mean

This game is best played with several people, even just two, who are given a place or situation. They then have to come up with statements that could be constructed as sexually suggestive. The group or pair then goes on and on until one member of the group can’t come up with anything, which means they have to drink. If they want to go further, they must take a drink every time they laugh.

Never Have I Ever

Never Have I Ever is a fun game that everyone remembers from their high school days. This classic drinking game is a good way to get to know each other better, as you never really know what secrets will be uncovered in a game of Never Have I Ever. All you need is some alcohol of your choice, and some willing participants. You can choose how exciting the game will become; when it’ s time to drink, either have a sip or a shot.

To begin a game of Never Have I Ever, the first player must make a statement about something he/she has never done. For example: “Never have I played this game before.” If any other players have played this game before, they now have to eat. This game usually leads to hilarity, since the more honest and candid players are, the better. 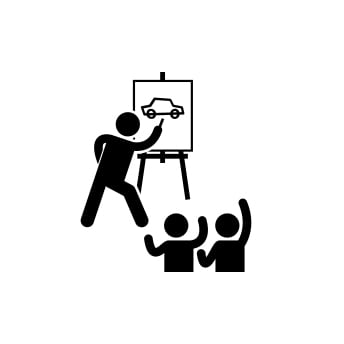 Drunken Artists is a game very similar in concept to Pictionary, but it’s much better. Each player draws while the others guess what it is they are drawing. The catch is you need to be good at drawing, the more you drink and the drunker you get, the harder the game gets. Drunken Artists is an easy game to learn, and one guaranteed to be fun for all. All you need is some drawing supplies and your favorite alcoholic beverage.

To play this game, you’ll want to appoint one player as the first artist, another as the timer, and everyone else as guessers. Each person takes turns being the artist, the timer and the guesser. The artist then tries to draw the word for the other players to guess.

This game is often played by groups of people who want to be creative. The aim is to be quick. For every 20 seconds that the timer continues (or for every time someone drinks), the artist must take another sip. If everyone gives up before the timer runs out, then the artist takes the shot. Unless you are a bad artist, you will love this game.

If you brought along your kids to camping then the games above will most probably be prohibited due to the alcoholic beverage so we included some popular camping games for kids.

Camping Bingo is one of our favorite campfire games. Simply cut out each of the campfire images to use as calling card. Place them into a Ziploc bag or box. Draw them one at a time, and place them onto your child’s Bingo card. When someone gets 5 images in a row, they yell, “bingo!”

Scavenger hunts are games in which the organizers prepare lists defining specific items. Participants search for those items. Usually they work in small groups, but the rules may allow individuals.

Camping during hot weather can sometimes be a challenge. This game is a great way to keep cool. You’ll need some plastic cups, string, a few water guns, and of course a couple of water balloons.

Punch a hole in 2 cups and thread the string though the hole. Tie each cup off between 2 trees, poles or something else.

Fill up the water balloons and “race“ to push the cups along the strings from one end to another. This game is more difficult than it sounds, so you might get splashed a lot!

Cornhole is a popular game played during camping trip. It is played on a board with a hole in the middle. Players throw bags of corn kernels at the board. Each bag counts as a single point. The person who throws the last bag wins.

While you can buy a board and beanbag set at any outdoor store, it is fun to make your own using a mini tabletop cornhole game board and some basic craft supplies.

In conclusion, remember not to over drinking alcohol when playing these games. Alcoholic beverages should only be consumed if you feel like having them. We hope these camping games can help you plan your next camping trip.