FacebookTwitterRedditPinterestLinkedIn
Home » How to Treat a Sprained Foot

How to Treat a Sprained Foot

Jimmy Hubbs
Table of Contents show
What to do if you have a sprained ankle?
Recovering from a Foot Sprain
Prevention of Foot Sprains

Contrary to what most people believe, sprained foot aren’t one of those things that just happen. Not only can they be effectively treated when they happen, but with a little forethought, and some preparation, they can be prevented. Sprained foot and other foot injuries are common in hiking and other sporting activities. 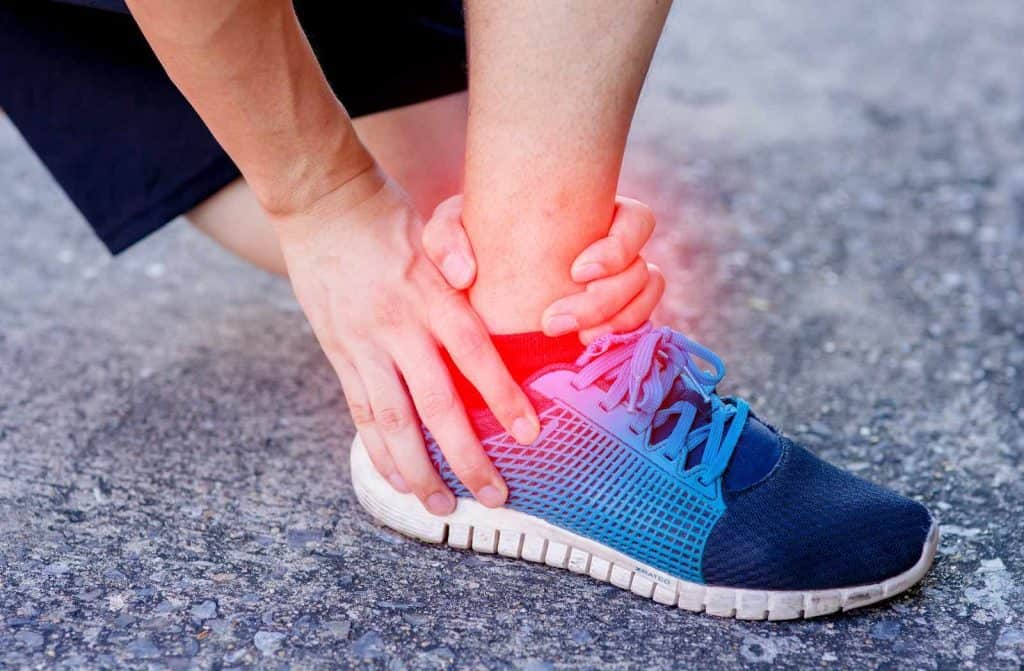 Sprains most often occur when a joint is subjected to sudden trauma to the extent that the bones in the joint are knocked out of position. In some instances, the bones may return to their natural position, thanks to the muscles, tendons, and ligaments that will naturally try to return them to that position. In other cases however, the movement may be so violent that a ligament in the joint can be overstretched or even ruptured. Sprains, particularly to the ankle or foot, tend to occur more commonly in athletic endeavors and happen when the ankle or foot is being forced to move into an unnatural position. Baseball (sliding into a base) and skiing (bindings failing to release properly during a fall) are two sports where a sprain is always a possibility.

Whenever you experience a sprained foot, one or more of the ligaments have been injured or damaged. Such an injury could occur in any part of the foot, although when one speaks of sprain, it is more often than not a ligament in the middle part of the foot that’s involved. An injury to a ligament in the forefoot is most often referred to as a sprained toe, while an injury to the back portion of your foot is often termed an ankle injury, whether the ankle joint has been directly involved or not. This makes sense since the ligaments in the back part that attach to the bones are rarely injured, while ankle sprains are much more common. It’s in these cases the best prevention is to know how to deal with an injury when it happens.

What to do if you have a sprained ankle?

The easiest way to remember how you should attend to a sprained foot or ankle is through the mnemonic device RICE.

R – Rest
After spraining your foot, makes sure not to do any movement and keep it still. Have a companion carry you indoors so you can rest your injured foot.

I – Ice
Get an ice pack and put it on the affected area. Do not apply ice directly to the skin of your foot as it can cause cold burn.

C – Compress
to prevent your sprained foot or ankle from further injury, it is better to wrap it around and elastic bandage. Make sure it is tight enough to hold it firmly but loose enough to allow your foot to breathe.

E – Elevate
Make sure that your sprained foot or ankle is elevated. Raise it higher than the rest of your leg and cushion with a pillow for support. This will promote better blood circulation, which reduces the swelling. 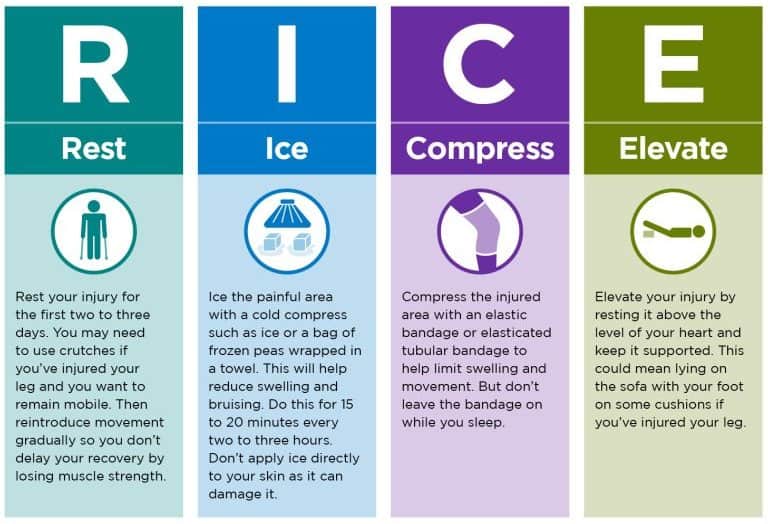 Recovering from a Foot Sprain

Recovery time can vary widely depending on the severity of the sprain and on the involved joint or ligament. As noted earlier, recovery from a mild sprain may take only a few days to a week or two, and you primarily have to be careful not to re-injure your foot or make the injury worse while it is healing. A moderate to severe sprain can take from 4 to 6 weeks to heal, and a sprain that requires surgical repair will sometimes take months before it will heal completely.

One of the challenges you will likely face when recovering from a severe sprain is learning how to exercise the muscles in the ankle and foot to keep them from becoming weakened while giving the ligament the protection and rest it needs. This is an area where assistance or advice from a therapist will often be beneficial. There are a number of physiotherapy treatments that can be called into play to help the healing process without re-injuring yourself. These include electrotherapy or ultrasound; hydrotherapy; the use of a special orthotic; exercises to improve strength, flexibility, and balance; and protective taping.

One way to help prevent foot sprains would of course be to watch where you are going and pay attention to what you are doing at all times, which is clearly impossible. Accidents can happen no matter how careful a person is. This is particularly true in sporting activities where, if you are overly cautious, your overall performance will very likely suffer. While you would want to be paying attention to your surroundings, the best way to prevent foot or ankle sprains from occurring is to get into the habit of doing exercises that serve to improve your balance, strengthen the muscles in your feet and ankles, and keep the feet and ankle joints flexible. Despite this, you can also avoid injuries by simply being careful about where you step in rocky terrain or loose gravel.

The most important thing to remember when considering what to do for a sprained ankle is upon initially spraining it, your goal is to keep the swelling down. Swelling is a natural body reaction aimed at protecting the area from further injury, so we want to keep the swelling to a minimum. All that fluid will later turn to scar tissue which your body will then have to break down before your ankle can return to normal. You won’t be asking “what to do for a sprained foot”; you’ll be asking “how do I get rid of scar tissue?”

Watch Youtube Video by LIVESTRONG.COM on How to Treat a Sprained Ankle