What is a Sun Clock?

Olivia Sanchez
Table of Contents show
What is a Sun Clock?
Who Created the Sundial?
How to Read a Sundial

Sun clocks are very interesting and sophisticated pieces of ancient technology that shows how people from the past made use of nature to make sense of what’s going on around them. So, what is a sun clock and how do you use one? Who created them and why? Read on and learn all these and more. 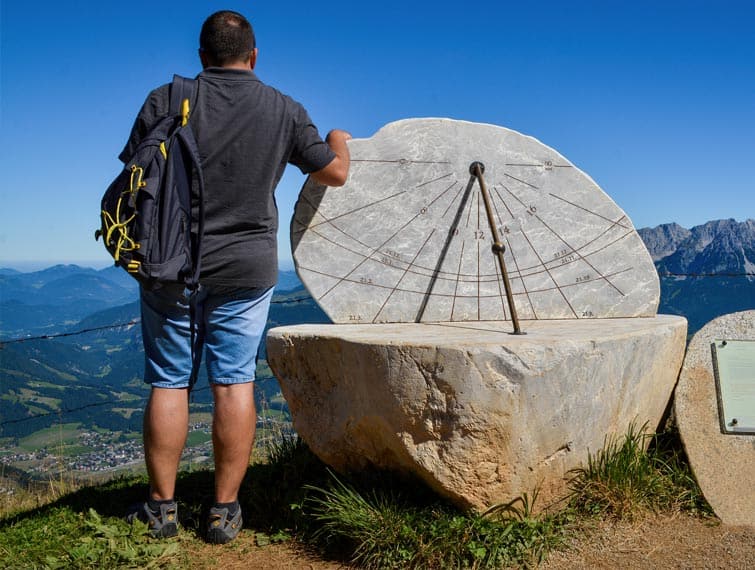 What is a Sun Clock?

A sun clock, more commonly known as a sundial, is a device that primarily uses the sun to tell the time. It’s made up of two simple things: a flat disc or plate called the dial; and a pole, rod, or metal casting called the gnomon. When sunlight hits the gnomon, a shadow is casted onto the dial. This shadow is what helps people tell time, and it’s all based on the position of the sun during the day.

Who Created the Sundial?

Sundials were first used thousands of years ago, and nobody knows for sure who created them. Many ancient civilizations used sundials, but the Babylonians, Egyptians, Greeks, and Romans were the first to use them. Calendars were used by prehistoric man so they’d know if it’s time to plant seasonal crops, but smaller fragments of time allowed priests to time their prayers, feasts, and other religious activities. It allowed farmers and workers to know how much time they had left until the sun set and they can pack up for the day.

How to Read a Sundial

Sun dials are now obsolete, thanks to the introduction of mechanical clocks and time standardization using time zones. However, they’re still very fun to use! Reading a sundial is easier than getting it into position as accurate sundials take into consideration the earth’s tilt as well. Fortunately, most sundials are ornamental fixtures that are already in the correct position, with the 12 noon of the dial pointing true north.

Sundials have hour lines to tell the exact hour, but don’t have minute lines apart from the 15 minute marks on some dials. Most dials can only usually tell time between 6 AM to 8 PM, as the sun typically doesn’t set later than 7 PM in most parts of the world.

Sundials don’t tell the time like a usual mechanical clock does though. Since sundials use the position of the sun, the apparent solar time will depend on your longitude. The time on your mechanical watch and the time on a sundial may be different because of this. You’ll have to adjust your sundial reading by four minutes for every degree of longitude you’re away from the center of your time zone.

Every degree east of the time zone would be an additional four minutes, and every degree west of the time zone would be a difference of four minutes to the reading. You might also want to account for Daylight Savings Time. Since lengths of days vary depending on the seasons, solar time isn’t uniform and you can be off by about 30 seconds to 30 minutes from the actual standard time as shown on a clock.