A Brief Look into the Types of Rock Climbing

Before learning how to climb, you should familiarize yourself first with the types of rock climbing. This way, you can choose which rock climbing styles suit your strength and preference. Each style involves different disciplines and techniques and done in different climbing routes. 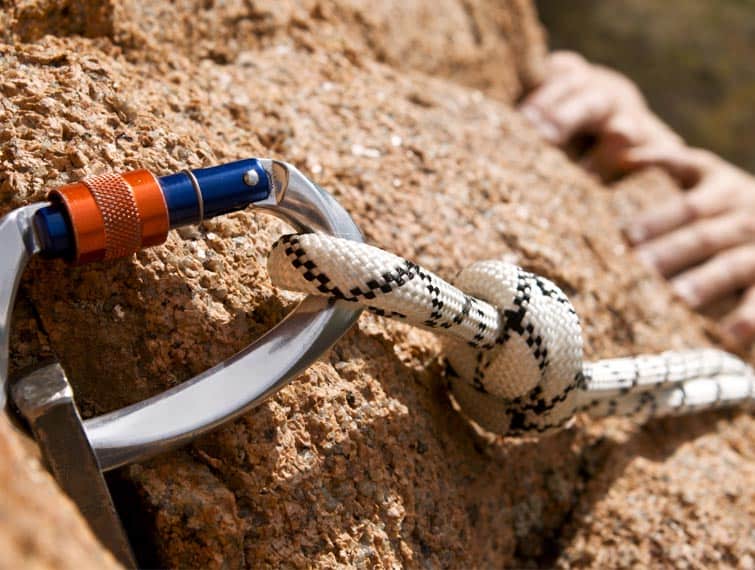 Here’s a peek at the different types of rock climbing. You can look into their differences, especially in the levels of their difficulty before deciding the types of climbing activities suited for you.

This is considered as a different category from the other different types of rock climbing. The other category, which many of the other types of climbing fall into is free climbing.

In this kind of climbing, you will ascend on a rock face using a tool attached to a rock that you can pull. Instead of pulling on the rock, which will require more strength and effort, you will pull on the rope as you climb. This type is typically done at routes that are too difficult, long, and steep for free climbing. This is done to climb big walls, like those found in Yosemite, and for the advanced types of climbers to complete new treks they cannot do without the aid.

This is usually set up at portions of a route where it will be risky to pull on the rock as you ascend. The climbers will then place protection pieces into the rock and attach webbing that looks like a ladder to these devices.

Most types of rock climbing fall under the free climbing category. The types of climbers that engage themselves in this kind of activity rely on their own strength to finish the route. While you can use ropes and gears, they can only help protect you in case you fall and cannot be used as an aid to make the ascension faster.

The following are the types of rock climbing that fall under the free climbing category:

Ropes are used to ensure the climbers’ safety and but they will not help them in ascending faster. 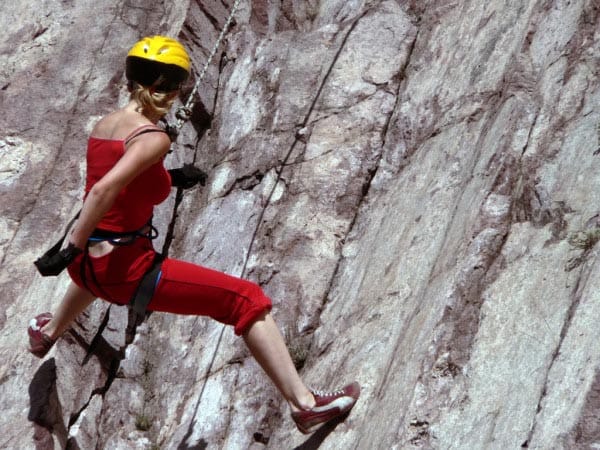 This is recommended for beginners who want to perfect the techniques and make their grip stronger. You can do this with an instructor on a taster session, outdoors on a climbing mentorship, or indoors in a gym. The setup typically includes ropes strategically placed at anchors found at the top of the route. The end of one rope is attached to the climber and the other end to the belayer. As the climber gets higher, the belayer will take in the excess rope. This will ensure both climbers that the rope will catch them if ever they accidentally fall off the rock.

Top ropes are pre-setup at gyms by the climbing elves. Top roping is what you will typically do at indoor climbing gyms if you are not bouldering. Even when you are indoors, you will climb along with a belayer to keep you protected. This is less risky, especially if you have a good belayer who can effectively prevent you from taking large falls. This climbing activity is less physically demanding and is considered one of the most popular types of climbing indoors.

In this kind of climbing, the climber will anchor the rope on the rock as they ascend higher. You will begin without protection from a rope, but at the end of the climb, you will get the same amount of protection as in top roping. This is also done using a belayer, but there are times when the climber is positioned on top of the last anchor point. This is a crucial point because, in case of a fall, both the climber and belayer will fall below the anchor point. An experienced belayer is needed in this case to take charge that you will both be safe and the fall won’t be too hard if it comes to that.

Instead of pre-placed protection or bolts, you will put the gear into the rocks’ cracks as you ascend on the route. The gear includes hexes, nuts, and cams. You will attach your rope to the gear you placed as you climb and look for other cracks to put the gear. There will be times when the gear would be inserted in cracks that will put you in an uncomfortable position.

This gives the climber more protection since the bolts are pre-placed into the rock through drilling. As a sport climber, you will clip a short sling or quickdraw with a carabiner on both ends to the bolt. As you ascend, you will clip your rope to the quickdraw. This type of climbing has a lot of similarities to bouldering. It requires a climber to be athletic and can perform dynamic moves. It is typically done at an outdoor crag or a climbing gym.

This is for the advanced types of climbers. It requires perfect movements since you don’t have any rope as protection. It gives you freedom, plus, you don’t have to climb carrying heavy and expensive gear. You can also do this type of climbing on your own. It comes in three types: 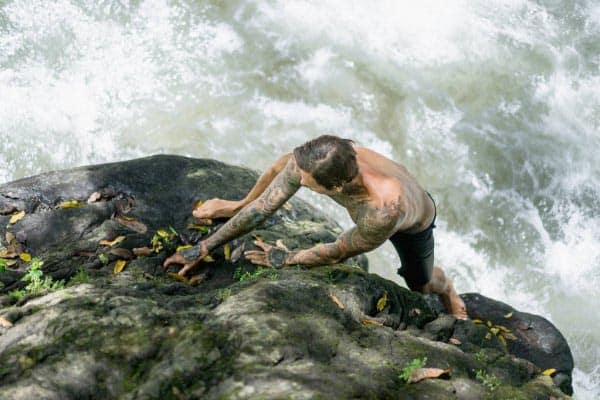 This type of rock climbing is done on rocks positioned above and beyond deep bodies of water. The water will serve as your crash mat to catch you when you fall. This is less risky than free solo climbing, but it has to be done by climbers with experience in sport climbing and bouldering.

This rock climbing style is not for the weak heart and stamina. Simply put, it means that you’d climb any climbing route without ropes or any kind of protection.

The climber use pads or crash mat as protection. They are placed on what is referred by climbers as “problem” or the spot below the route. This climbing style is typically done on boulders or rocks lower than the routes in trad or sport climbing. This type of rock climbing can be risky when the height becomes too much, and the waiting crash mat won’t help if anything happens to the unprotected climber. Aside from the pads, climbers also do this along with a spotter or another person to guide them on how to land on the pad in case of a fall. 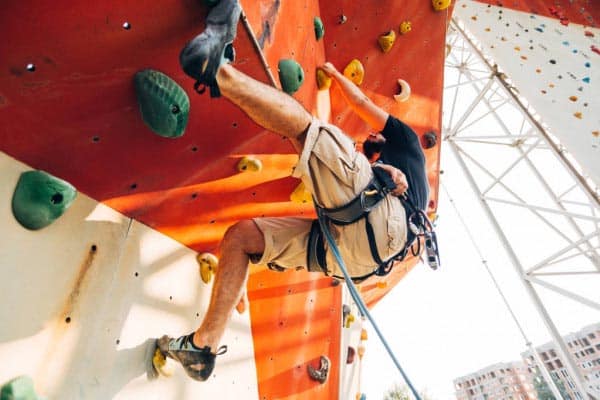 There are other types of rock climbing that you can explore as you develop agility, strength, and techniques. Always make sure that you are equipped with the right gear, and you are familiar with the climbing routes before joining.