There’s nothing quite like casting a line out into a body of water and waiting for a strike – sometimes for hours and hours – to really connect you to the natural world in a way that so many of us “office dwellers” have forgotten almost entirely about. 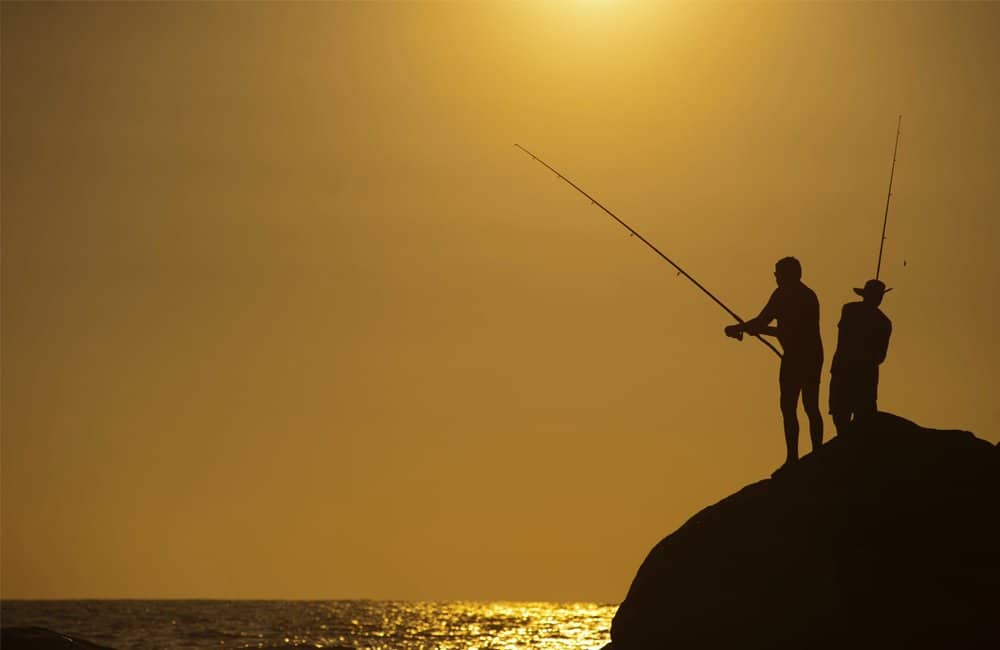 That’s true whether your tossing lures into a local pond for bass, trolling around for bluegill, fighting game fish out on the high seas, or zipping dry flies across a mountain stream somewhere while hunting for brook trout you just know are hiding in the next riffle.

But the ultimate angling experience for a lot of fishermen out there comes when you sink your toes into the soft sand on a beach somewhere, tossing your line out into the surf and listening to the soundtrack of the sea as you try and get a little action on your bait.

Surf fishing is one of the most calming, relaxing, and at the same time frenetic and exciting forms of fishing there is. No angler has truly lived until they’ve tossed at least a couple of tight lines out into the surf to see what they might pull out of the ocean.

But if you’re going to get into the swing of things with surf fishing you have to know your way around the sport, and it’s critical that you understand the handful of key differences that separate surf fishing from pretty much any other form you might have tried in the past.

Below we dive into some of the most important beginning tips and tricks you want to arm yourself with before you head out to your local beach and start throwing lines out into the sea.

Get Your Hands On The Right Tackle

While you could certainly spend hours and hours with your toes in the sand throwing a traditional line from rod and reel out into the ocean, mixing up your lures with my bait, or even tossing flies out into the ocean with a specialty rod, if you want to have the best possible experience surf fishing you’ll need to get your hands on a rod design for the water you’ll be working.

A surf rod has to be pretty long, at least between 9 and 15 feet or so – or almost twice as long as your traditional rod and reel. This is the kind of rod you’re going to need to throw your lure 100 yards, 200 yards, or more out into the surf and any shorter a rod will really handicap your capabilities.

You’ll need a decent high-capacity saltwater spinning reel as well, something designed to take the abuse that saltwater will inevitably put on your equipment. Saltwater specific reels are designed not only to have a little bit of extra strength and durability to deal with the rough and rocky water in the ocean but also are specifically protected against rust and corrosion that the salt will exacerbate.

20 and 25 pound test lines are going to be your baseline here, triple overkill if you were chasing big brook trout in the mountains somewhere but exactly the kind of strength you need when the fish you can reel in get pretty substantial in size.

Finally, you’ll want to figure out the kinds of surf lures you’ll need to get your hands on. That’s going to depend a lot on the kind of fish you are after, the locale you are working, and what the fish seem to be biting on that specific stretch of water. A local surf fishing shop is going to be your best source of inside information and should always be the first stop on your adventures.

Find the Right Water to Work

You won’t have to be as selected about the water you are going to work when surf fishing as dry fly anglers are, but that doesn’t mean that you can put in on any stretch of beach and come home with trophy fish, either.

Not a bad idea to look for clusters of anglers already working water and put in near them – without crowding – but it’s also good idea to learn how to best to “read water” so that you can find the slipstreams in every surf current where fish are most likely looking for food and where they’ll be most likely to hit your lures.

As a general rule, you’ll want to shoot your line out into the deeper part of the surf where the waves are just starting to form. Whitewater crests and water uptight to the surf will always be way too active for fish that are willing to bite.

Remember, these little aquatic trophies are looking to spend as little energy as possible but to eat as much as possible. They are likely to be found in those rhythmic habit and flows where they can maintain their space just outside of wave formations.

Don’t Forget to Bring a Chair

Like most forms of fishing, the overwhelming majority of your time spent in this sport is going to involve sitting back, relaxing, and watching the water as you wait for a strike on your line.

Plenty of top surf fisherman dropped their rod in a little and talk into a nice beach chair, enjoying everything that the ocean has to offer – the sights, the sounds, and the scenery – while waiting for a bite on their line.

The surf is going to do almost all of the work for you as far as jigging your lures is concerned. The rhythmic movement of the ocean will keep your lure looking lively while at the same time working to reposition that lure in the slipstream we mentioned above where fish are most likely to strike.

You’ll obviously want to be close at hand to your rod at all times so that you can set the hook in a hurry as soon as there is a bit of action on the line, but for the most part you’re going to be sitting and waiting why you take in everything Mother Nature has to offer while playing your part as a new surf angler.