Is Surf Fishing For Shark Possible?

Surf fishing for shark is very much possible. In fact, many fanatics claim that this is one of the most rewarding and fun hobbies they have ever tried. Shark fishing is among the least appreciated forms of fishing, particularly when this is done in a beautiful and sandy beach. 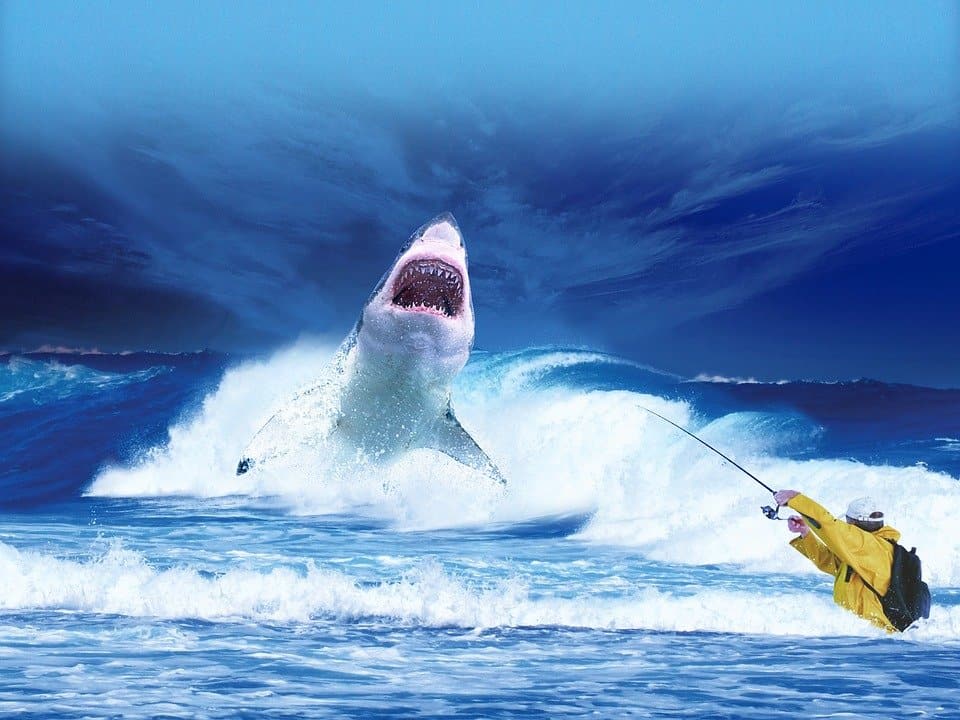 Many people often consider sharks as man eaters or creatures of the deep. However, the truth is that sharks are in fact one of the best sports fishing that you can do from the boat or beach. If you are looking for an activity that you can do while you and your friends enjoy the beach, surf fishing for shark can give you the most adrenaline-filed experience you can ever try, a picture worth a thousand words even.

Introduction to Surf Fishing for Shark

With the United States’ 5,730 miles of rich coastline, you can expect that there are plenty of waters where sharks can roam. Sharks can be found along all the coastlines of the US, but the gulf coast states and Florida in particular have been blessed to see most of these magnificent and stunning creatures.

The Pacific Coast has its own share of sharks that cruise the beaches but these are mostly the bigger species which include the Great White Shark. Just imagine hooking of these creatures straight from the beach and managing to land him right before you on the beach.

There are millions of people living just an hour away from the coastlines but only a few really care about surf fishing, specifically surf fishing for shark. There are hundreds of thousands of people who go on vacations in coastal regions every single year and little do they know that they can go shark fishing. 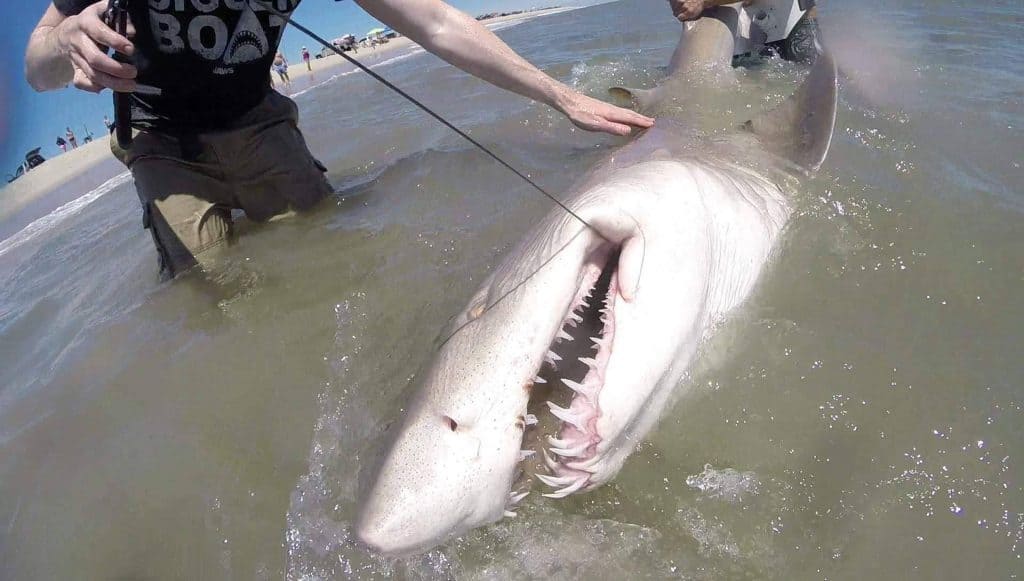 Let’s get the facts straight. The beaches have more sharks than anyone will even care to acknowledge. You will be surprised at the amazing number of sharks that swim amidst beach goers. One important thing to keep in mind is that contrary to popular belief, sharks don’t bite people on purpose. Humans are not their natural source of food. Most of the bites you hear or see on the news are because they happened to be at the right place at the wrong time.

Say, for instance, you were enjoying a swim in the waves and you got surrounded by a school of bait fish or shark bait. You have no idea that the Spinner or Blacktip was also in the area and discovered its meal for the day. Sad to say, you got bit by accident.

Surf fishing for shark is no doubt a wonderful activity as you can indulge in the beach and enjoy all its beauties. At the same time, you can also have the chance to see face to face one of the waters’ greatest creatures. On top of that, you will have that rare adrenaline rush that is unparalleled by any other activities.

So, what are you waiting for? Pack up your gear and enjoy surf fishing for shark!