Is Scuba Diving a Sport?

Jimmy Hubbs
Outdoor Federation is supported by its readers. When you purchase through links on our site, we may earn an affiliate commission. Also, as an Amazon affiliate, we earn from qualifying purchases.
Table of Contents show
Scuba Diving as a Recreational Activity vs. Sport
Dangers of Scuba Diving
Sport Diving
Scuba Diving Competition
Conclusion

The undersea world has always been an attraction but limitations such as breathing underwater prevent our capabilities as humans to stay in it. With scuba diving, people are given the opportunity to explore the sea in a short amount of time. The word “SCUBA” is short for Self Contained Underwater Breathing Apparatus, meaning it is an equipment that allows people to breathe underwater. 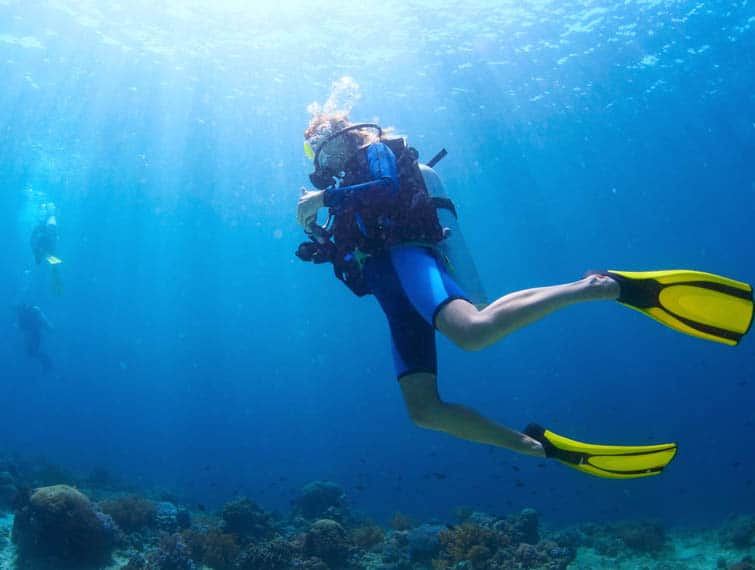 Scuba Diving as a Recreational Activity vs. Sport

The increasing popularity of underwater activities gives rise to the question of scuba diving as a sport. Debate on whether it is a recreational activity instead of a sport has been going on for years. Recreational activity is something enjoyable and relaxing that brings satisfaction, amusement, and pleasure to the person doing it, whereas a sport is something that requires athletic ability either individually or through a team that has a concept of competition. 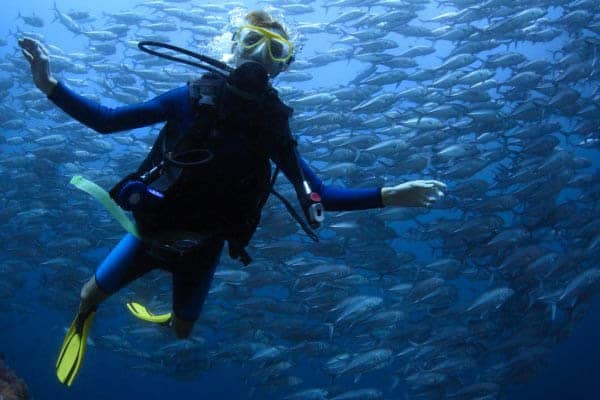 Many people consider this as a recreational activity as there are no spectators and no competitors. However, from the point of view of professional divers, some of them have a competitive nature, comparing their bottom time or how long they stay underwater, their gas usage, and the number of dives they already made. Divers often work as a team, making it look like a sport.

Scuba diving is physically taxing, starting from the preparation which is already heavy work, and it can even result to death if divers are not cautious enough. The tank that is being used is composed of compressed air of different gases that sustain the diver’s breathing, specifically compressed nitrogen, which when diving at great depths, can lead to nitrogen narcosis.

Nitrogen narcosis has the same effect as consuming excessive alcohol but can be quickly overcome by going back to the surface. A more dangerous result of too much nitrogen is Caisson’s Disease or decompression sickness, where nitrogen tends to form bubbles in the diver’s body. It will be a matter of concern when the diver suddenly receives normal air pressure at the surface, which can lead to death.

A sport where elements of scuba diving are played in a swimming pool is called Sport Diving. It is currently being played in many European countries. It started in Spain to promote scuba diving. This particular sport uses scuba diving equipment such as diving masks, a diving cylinder, and a full-body swimsuit. It is carried out individually or in teams of 2 to 4 participants in a pool that is 50 meters long and at least 2 meters deep. Even though it has a different setting from the ocean, sport diving uses the same principles as scuba diving.

The purpose of scuba diving competition is to test divers’ skills in underwater navigation, buoyancy control, breath-hold time, decompression procedures, etc., while they are under water. Competitions can be held for various purposes: recreational or professional, technical development, scientific research, training, etc.

The most common type of competitions involve two teams competing against each other by performing different tasks on an artificial reef. These include free swimming, treading water, climbing up/down ropes, navigating through obstacles, etc. Other types of competitions may require more complex activities like using rebreathers, working with weights, etc.

Scuba diving competitions are usually organized at international level but also regional events take place all over the world. In some countries there are national championships where only one team competes against another. For example, in France, the French National Championship takes place every year since 2008. It consists of three phases: qualification phase, semi-finals and finals. During these last days, the top 10 competitors from the previous years qualify directly into the final round. This championship has been won several times by the same competitor.

Scuba diving competitions are open to both amateur and professionals. However, it should be noted that many competitions have specific rules regarding age limits, weight restrictions, equipment limitations, etc. Some competitions even forbid certain kinds of equipment.

The classification of whether scuba diving is a sport, or a leisure practice relies on personal interpretation. It depends solely on how the diver wants to perceive scuba diving. It can boost your health and make you happier. It can make you competitive and keep on wanting for more, but it can also make you relax by being surrounded by the beauty under the sea.

Each time you leave the land and go for the unknown glory of the sea, it is a treat. Each time you dive is a workout and a chance to improve yourself not only physically, but also mentally. Scuba diving can be the best of both worlds.