Is a Sundial a Clock?

Olivia Sanchez
Table of Contents show
Is A Sundial A Clock?
Who Invented the Sundial?
What Are The Different Types of Sundials?

Sundials have been around for thousands of years. They’ve been seen in many ancient civilizations in one form or another, and every major culture has independently developed their own sundials. But what are these sundials and why were they invented? How many different types of sundials are there, and what’s the difference between them? 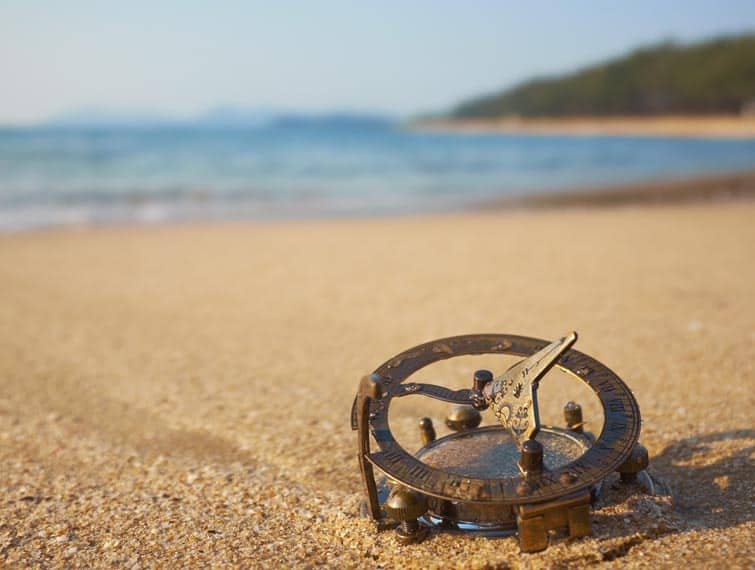 Is A Sundial A Clock?

A sundial is an ancient clock if you will, as it tells the time depending on the position of the sun in the sky. Some even call it a sun-powered clock. It’s made of a dial that shows hour lines, and a gnomon that casts the shadow to help tell the time. A sundial allowed people to know how much time they still had before the sun set, while the planets and the constellations allowed them to keep the time when it’s after dark.

Who Invented the Sundial?

The first sundial is believed to have been used out 4,000 years ago, but people aren’t sure exactly who used them first. Many ancient civilizations developed a sundial of their own, with every sundial becoming more accurate as the civilizations’ technologies developed.

Babylonians had household sundials as early as 1500 BC. Similar types of sundials were used in modern-day Russia. The Bible’s Old Testaments mentioned sundials twice, with the accounts placed at about 700 BC. In China, sundials were believed to have been used as early as 800 BC, though ancient Chinese dynasties made better use of water clocks to keep the time.

One of the earliest, if not the earliest, tower clocks is the still-standing Tower of the Winds in Athens. It features 8 sundials, a wind vane, and a water clock, and was built at around 200 BC to 50 BC. Even the 13th century tower clocks like that on the Palazzo Vecchio in Italy was originally made with sundials too.

Many earlier clock towers didn’t have dials or faces, but did sounded bells to mark hours or quarter hours. As they became more popular, clock towers began to have dials so people can tell the time without having to wait for the bells. And though some medieval clock tower structures retained their sundial faces for us to enjoy today, many others have already switched to pendulum and other modern ways beginning in the 17th century.

What Are The Different Types of Sundials?