How to Tell Time With The Sun

Probably, the most familiar question is “What time is it?” Well today, there are clocks everywhere that will tell you about the exact time. But, have you ever wondered how you can tell time without using a clock or watch and by just relying on the sun? Some of you might find it hilarious, yet did you know that in the past, people only rely on the sun to tell the time? 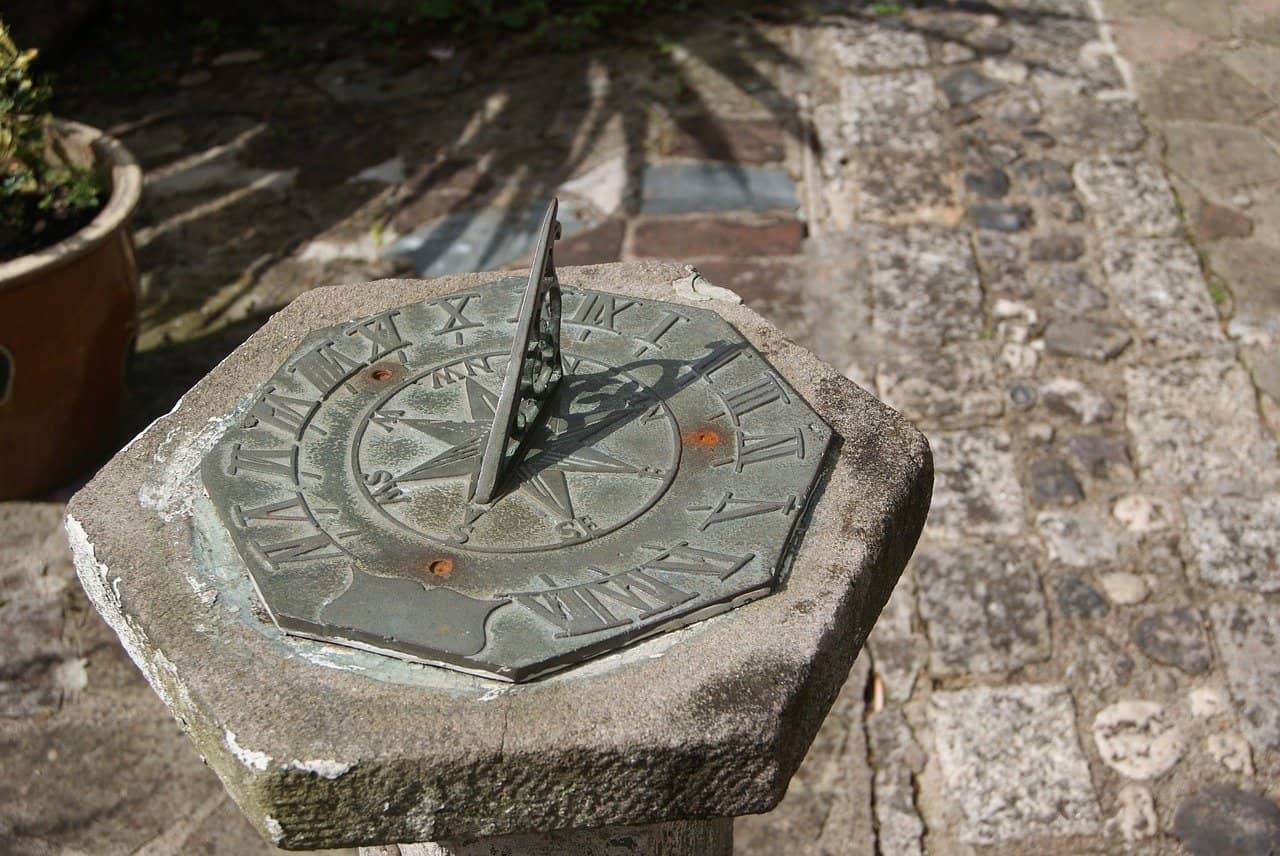 The first kind of clock was actually sundial where you will see the shadow of the object moves as the sun moved. The object, which casts a shadow in sundial is known as Gnomon. The shadows that are made by the sun move as hours go by.

Ways to Use the Sun to Tell the Time

If your smartphone fails to give you the time, there are some digits you may use to tell the current time and that is your fingers. Start by standing under the sun, extend your arm in front of you and rotate your wrist so that your palm will face horizontally. You should close your fingers together. Then, align your little finger with the horizon.

To reach the sun, count the finger widths. Depending on the time of the day and season, you might have to continue stacking your hand over the other hand to keep count. 4 finger width show an hour of sunlight.

Tracking the Position of the Sun

You do not have to be a Boy Scout or Girl Guide to know that when sun is sitting at the center of the sky, it is around noon and when the sun rises from the east and always sets in the west. These are the basic things that most of you know, yet typically these are not enough to tell time with any level of precision. For you to get an accurate reading from the sun, you will need to have some ideas about the daylight hours in your location, provided the season.

For instance, if you are in Winnipeg, the usual June day casts sixteen daylight hours. With that in mind, you may divide the sky using an imaginary arc in the direction of east to west, which consists of equal sixteen segments to represent the best possible time. In this case, sunrise could be due about 5:30 am from the east and sunset will be 9:30 pm from the west.

The last thing to be afraid of when you’re wandering in a remote place is your shadow. As some of you might have noticed, one’s body casts different shadows as the day passed by. The sun’s position in the sky overhead causes the shadows to be shortest at noon time and the longest during late evening and early morning. What is more is that they move and once you can manage to find the north, you may use your body as your makeshift sundial, reading the length and direction of your shadow for you to estimate the time of the day.

Telling time with the sun isn’t hard. If you know how to do it properly and by following those tricks above, you can be assured that your outdoor experience will surely be more exciting than you expected without the need for you to watch on the clock or any timepiece each time you wander around.

Other Ways to Tell Time Without a Clock

There’s no telling what time will bring upon us, but there sure are ways to tell the time— even without the clock.

Conventional clocks aren’t the only way tell time, the ingenious people of the past had their ways, some even paved the way to revolutionize time-telling. That is why there are several effective ways to tell time without having modern time devices.

The North Star is a star that always points north. It is easy to find because it is very bright and never moves from its spot in the sky. People could use the North Star to tell time by counting how many times it crossed the horizon in a certain amount of time. This method was not perfect, but it worked well enough for people who didn’t have clocks.

The moon has been a central part of timekeeping throughout history. It was used to help people determine the time of day, the month, and the year. Even today, many cultures use moon phases to tell time.

The other way to tell time with the moon is by its orbit around Earth. A lunar month lasts about 29½ days long. This means that there are about 12 lunar months in a year.

Body Clock to Tell the Time

The body clock, or circadian rhythm, is a natural 24-hour cycle that regulates many activities in the body. It can be used to tell time without a clock. The body clock is influenced by light and dark signals.

A person’s natural body clock is usually around 25 hours, but it can be adjusted to match the 24-hour day with exposure to light and darkness at the correct times. There are many cues that can be used to tell time without a clock, such as hunger and thirst, moods, body temperature, and energy levels.