Exploring What Makes a Hill Different from a Mountain

Hills and mountains are both landforms that rise up and above the surrounding terrain. Even with leaders in geography, there is no universally accepted definition for what determines if a landform is a hill or a mountain, so difference between hill and mountain is often left up in the air to some extent.

What Is the Difference Between a Hill and A Mountain

A hill is a smaller landform than a mountain. It is usually classified as a rounded, elevated feature that stands above the surrounding terrain. A mountain, on the other hand, is a large landform that is typically higher and more steep than a hill. The two features are often mistaken for one another, but there are key differences between them.

One of the most obvious differences between hills and mountains is their size. A hill typically ranges in height from 100 to 1,000 feet, while a mountain can be anywhere from 1,000 to 10,000 feet tall or more. In terms of width, hills are typically much narrower than mountains.

Another distinguishing characteristic of mountains is their steepness. Although there are some exceptions, most mountains have very steep slopes, while hills have much gentler gradients.

How Are Hills and Mountains Similar

Hills and mountains have a lot in common, but people often think of them as completely different landforms. Both hills and mountains are made of solid rock, and both can be found all over the world. Hills are typically smaller than mountains, but there is no precise size definition for either one.

Hills and mountains are both formed when tectonic plates collide. The force of the collision creates mountains, while hills form when the plates pull apart. The weathering and erosion of rocks also play a role in the formation of hills and mountains. 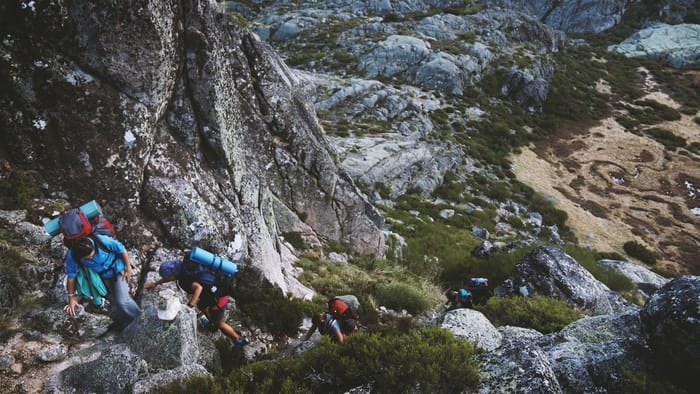 What Is a Hill?

The generally accepted standard of a hill is a land mass that has a lower elevation compared to a mountain and has more of a rounded shape instead of a distinct peak. Commonly accepted hill characteristics include:

There are some hills that may have been mountains in the past but through the process of erosion across thousands of years, they have decreased in mass and height. Conversely, there are some mountains that were created through shifts of landmasses and tectonic plates. Examples include the Himalayan mountains in Asia. 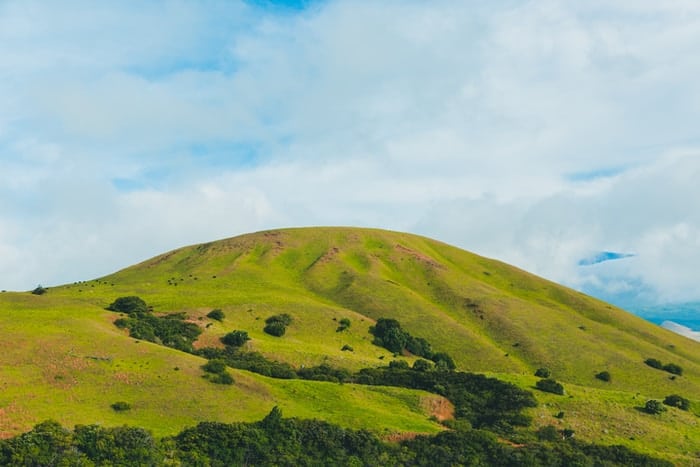 How Do Hills Form?

Hills are formed by many different factors. For example, the steepness of the slope of the land is a major component in determining how long it will take for hills to form. Hills can also be created by large earthquakes or landslides.

These scenarios typically cause sediment to collect on one side of a valley, which causes an imbalance and causes one side of the valley to erode faster than the other. As this continues over time, a hill forms as a result of unequal erosion.

When Does a Hill Become a Mountain?

A hill becomes a mountain when it is of sufficient size and height. A mountain is generally considered to be a hill that is at least 500 meters high, though there is no precise definition. Some mountains are much taller than 500 meters, while some hills are shorter. The important thing is that the distinction is made based on the size and height of the feature, not its location.

Hills come in several types and there are a few different names given to them. There is a syncline and anticline, which typically form when two different layers of rock push against each other and buckle. A mesa is created when an upwelling of molten lava cools, creating a flat-topped plateau that stands out from the surrounding terrain. The term “mesa” can also be used for any type of hill or mountain with a steep slope on one side (the north face) but not so much on the south face. This means it has been eroded by wind and water more than the rest of its surroundings.

What Is a Mountain?

Mountains, in general, are considered taller than a hill, although there is no official height that has been assigned to this land mass. Mountains are usually quite obvious in local topography, and some examples of popular mountains include Mount Rainier, Mount Hood, and Mount Washington. Some generally accepted mountain characteristics include: 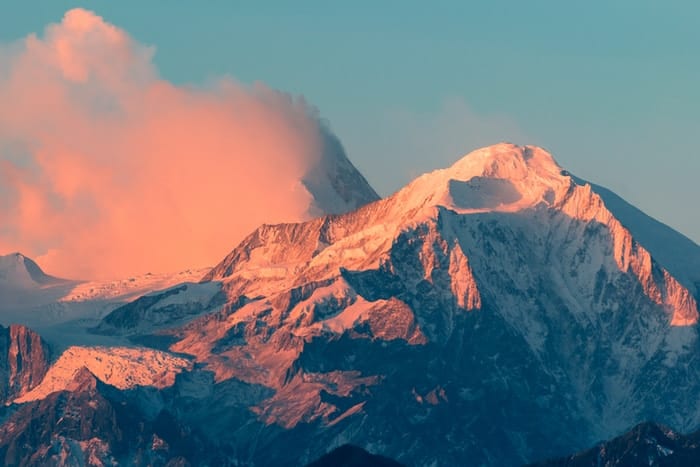 It’s not always easy to classify a mountain into one type or another. Some mountains are volcanic and others are formed from fault lines that rise up because of the movements of the Earth’s tectonic plates. There is also a third kind which can be difficult to distinguish. These mountains do not typically have clearly defined edges like volcanoes and fault lines, but instead they form their own type of geological structure.

Earth’s mountains are categorized in two ways: by height, and by the type of rock that formed them. The tallest mountain in the world is Mount Everest which towers at 8,848.86 meters. The Himalaya Range spans five nations and contains the worlds’ top ten tallest mountains, including K2 (8,611m) and Kangchenjunga (8,586m). Mountains are also classified by rock type.

The earth has an interesting and varied geography that has piqued the interest of humans all over the world, proving that there are sometimes no set guidelines when it comes to naming landscapes . Hills and mountains are integral to topography no matter what definition they fall under and even with no hard and fast rules, they both can be classified through the comparison of climate, heights, and the ecosystem surrounding them and a lot more.