What to Do When You See a Black Bear

Jimmy Hubbs
Table of Contents show
Tips in terms of dealing with black bears:
Keep the Food Scents Inside
Stay Calm
Never Sneak Up On a Bear and Consider Make Noise
Fight Back If You Are Being Attacked
Do Not Turn or Run Away
Other Tips You Should Take Note Once You See a Black Bear
Avoid Black Bears If Possible
Black Bears at a Distance
Repelling Non-Defensive or Aggressive Black Bears
Conclusion

It is normal to be frightened once you encounter a black bear. The reality is that majority of encounters with the black bears rarely result to aggressive behavior and the attacks are rarer. 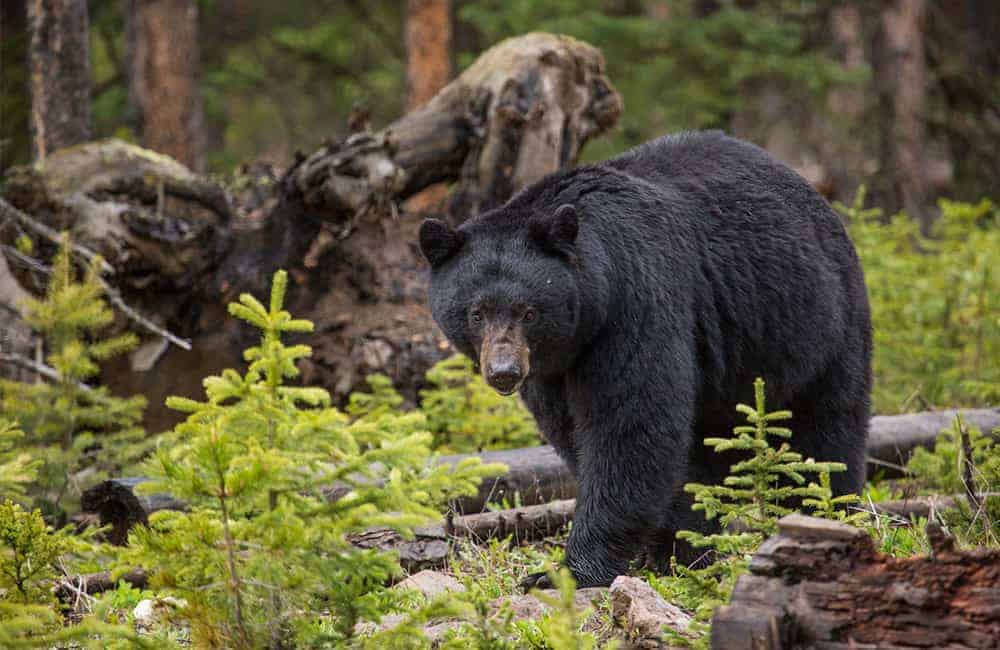 Take note, majority of bears prefer avoiding contact with people and the bears you see is just as frightened like you do.

So, what should you do when you see black bear?

Keep the Food Scents Inside

According to a wildlife ecologist, the number one tip that you should do is to never create a situation where they like to come where you’re living. This means keeping greasy barbecues, garbage, and bird foods contained inside so the place where humans are living does not smell like food to the bears.

It is said that black bears can be harmful if they already lost their fear of people. These associate food with individuals and if they have been trained by the ones not looking after the garbage or if they have learned that humans and foods are same so it is a great place to go search for foods and this is when black bears can be dangerous.

If you end up in close encounters with black bears, it is always essential to stay calm, yet acknowledges that might be easier than done.

Never Sneak Up On a Bear and Consider Make Noise

If you’re walking in the wilderness, making noise would keep the black bears away These bears have poor eyesight, so if you’re silent, they might not see you until you’re in close proximity.

Fight Back If You Are Being Attacked

If there’s a physical contact, the best advice is fighting it off. Experts said that you should give it a kick and begin swatting the best possible you can. Such sorts of things have been shown to work well.

Do Not Turn or Run Away

Lots of predators have instinctual response that if something runs, they will chase it. Experts recommend it to back away slowly and place the jacket or knapsack or hat on the ground. The eyesight of black bears is too weak, yet their smell is extremely good, so they could stop and smell some things. This might give you an opportunity to keep backing away. Black bears might bluff an attack and they are fairly popular for doing the bluff changes. They will run at you, would stomp their feet, and go away. Of course, it is hard to know if it is going to keep or stop running.

The best way in preventing unpleasant black bear encounter is to get rid of them. Usually, black bears avoid people and majority of people do not even know when they have come closer to bears. To ensure an unpleasant or surprise encounter with black bears does not occur, get rid of moving through bear habits alone and silently. Travel by groups and make noise by singing or talking. You should also put your iPod away and always pay attention to your surroundings.

Black Bears at a Distance

Once you see black bears in the distance, respect its need for space. Never approach it, even when you want to get photos, and give it some rooms. Consider turning around as well as leaving the way you came. Once you continue, take a detour and give bears a wide berth. Black bears may cover big distances in a short period of time, so if you’re camping, see to it that you store your foods well out of reach of bears in the area.

Occasionally, black bears will approach you often in a non-defensive way. It might just be curious. Perhaps, it is a young adult black bear that’s just testing its dominance. Or it’s the foods conditioned and habituated. It is in very rare case that it could see you as a potential prey. In some cases, talk to black bears in a firm voice. Then, get out of the way if possible which might be all it wants. If the black bear follows you and the attention is towards you, stand your ground and ready to use a deterrent. Black bears that are curious or would want to test you might be predatory if you don’t stand up to that.

You should also act in an aggressive manner. Look straight in the eyes of the black bear and let it know you’ll fight once attacked. Make yourself appear bigger if possible. Take one step or two to the bear and stamp your feet. Threaten the black bear with what’s handy including bear spray, pole, and stick. If the black bear persist, your response should be more aggressive than the bear.

If the black bear attacks, use the deterrent you have and fight the bear. Punch, kick or hit the black bear with any kinds of weapons are available. Focus your attack on the bear’s face, nose, and eyes. Fight black bears with attacks you in your tent or somewhere in the wild.

There are numerous things you can do once you see a black bear. But, whatever the case or situation you are facing, whether the black bear is aggressive or just staring at you, never panic. Panicking won’t take you to a safe place as it will just cause you to worry more and this could result to more dangerous situation. So, if ever you encounter a black bear in the wild or anywhere in the woods, stay calm if possible and never let panic rule your mind if you don’t want to be in danger. Keep those tips in mind as well for you to know what you can do and how you should act during black bear encounters.