If you have recently discovered that not all knots are created equally – and that there is a world of difference between your everyday “shoelace knot” and some of the more advanced knots out there – the odds are pretty good you started to think about which best knots to know how to tie consistently. 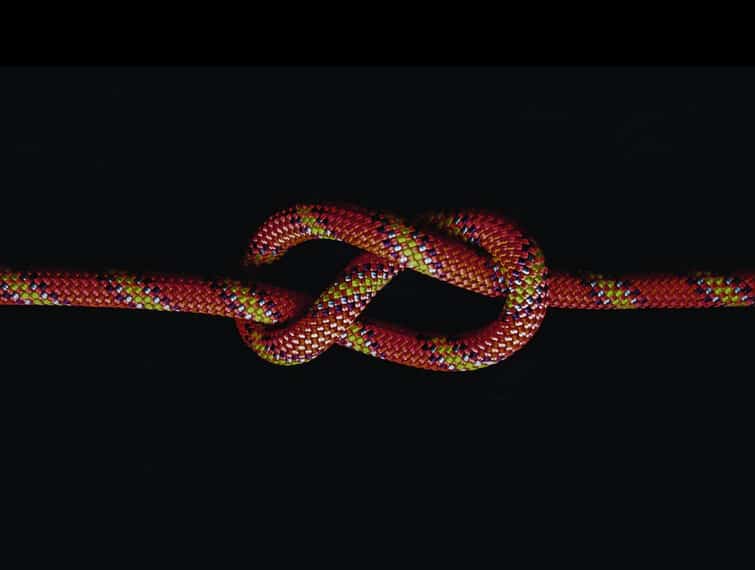 Below we highlight 10 of the most important knots you’ll want to master ASAP, basic knots that are pretty simple and straightforward to get the hang of (taking a short while to really feel confident with) but knots that are going to help you in a variety of activities like camping and hiking or even survival in wilderness (Touch wood!).

10 Best Knots to Know And How to Tie Them

Far and away one of the most essential knots you’ll want to practice right out of the gate, a bow line knot is going to be useful in a variety of situations – and knot just when you are out on the water, either.

Used to tie super strong knots that aren’t going to jam at any point in time, you’ll be able use this knot in rescue situations, when you need to climb a rope or cable, and any other time you need to create something really secure that “locks” into place.

Maybe the most common types of knots ever tied, this is another absolute essential you will want to master ASAP – and a knot you’ll probably find yourself tying more frequently than you thought as soon as you know how to get the job done right.

Perfect for combining two pieces of rope or cable with one another securely (and for variety of other applications, too), this knot essentially combines to “common knots” in a way that adds a lot of strength and a lot of security along the way.

A bit of a variation on the square knot we highlighted a moment ago, this is another very common knot that you’ll find tied all over the world away in two different types – and two different widths – of rope or cable need to be combined with one another.

Very secure (even when there isn’t a load on the “working end” of the rope or cable), practice this until you are comfortable, too.

If you need to tie down a length of rope or cable to a structure or two something stable a clove hitch is going to be perfect for the application.

Used to securely fasten rope to something other than rope, you won’t necessarily want to use this when you are combining different ropes or cables (there are better options out there) but instead when you need to tie something to a piece of rope securely – while giving yourself the opportunity to untie it rather quickly, too.

Sometimes called a “stopper knot”, you’ll want to tie this at the very end of your ropes and cables so that you avoid that piece of line from passing any farther than you want it to.

On top of that, figure 8 knots are regularly big parts of other more advanced knots that you’ll want to master later on. Make sure that you feel completely comfortable with this kind of knot and you’ll be able to master those more complex options without any headache or hassle whatsoever.

A bit more advanced than your average clove hitch knot, what you do here is essentially create two individual half hitches that can be used to attach rope to more secure structures or objects.

If you are most interested in being able to tie a hitch knot to an object and then pull it towards you securely (or pull it towards another object in a different direction) without it coming undone along the way a taut line hitch is going to be the way to go.

This specific knot works wonders to secure things all on its own but it gets even stronger when it has a load put on it – and it tightens up so that you don’t have to worry about things loosening as you move objects around.

This is a bit of a “specialty” knot that works in conjunction with other hitch style knots, but it is still important to learn as sometimes you’ll want to add an extra arm of rope to a pre-existing knot that you have already secured somewhere.

It’s basically a modified hitch that is comprised of three different half hitches, and that should help you master tying this pretty quickly.

Sometimes you aren’t going to be able to extend or attach a new rope to an existing rope right at the working end, but instead need to attach it in the middle (or somewhere between the ends of the rope itself).

This is one of the basic knots that gives you an attachment point when there’s no free end of rope to work with, but it also gives you an opportunity to both ascend or descend with this knot working in your favor – so long as there is no weight or tension on the line.

The second that weight or tension hits the knot it tightens up and blocks down – making it particularly useful in a whole bunch of different applications.

Very similar to a fisherman’s knot but popularized by folks working with timber, this particular creation is going to help you securely move things around by using the strength of the knot and the weight and force of moving and object together to create a really tight lock.

Best of all, it remains very easy to untie when you are done moving things around. In fact, it is so easy to untie that you’ll be amazed it’s able to securely carry things like downed timber at all!