The Sundial’s Amazing Impact Throughout History

Olivia Sanchez
Table of Contents show
When Was the Sundial Invented?
History of Sundials
What Are Sundials Used For
Was the Sundial the First Clock?
Is a Sundial Still Used Today?
Which Way Do You Face a Sundial?

Sundials are some of the oldest devices mankind has used to tell the time. There are many accounts of sundials being in used throughout the oldest civilizations known to man. But who really invented the sundial, and why was it invented in the first place? 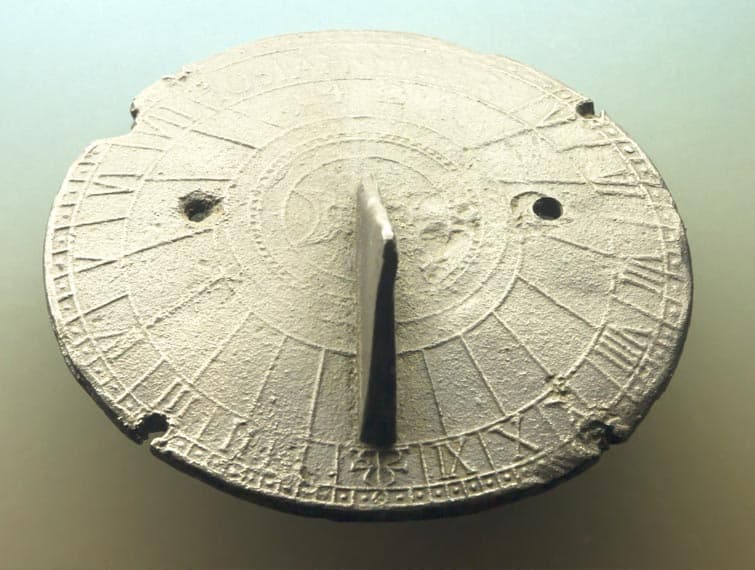 When Was the Sundial Invented?

No one is really sure who invented the sundial, as many ancient civilizations developed sundials independently from one another. There have been accounts of sundials being used in Ancient Babylon and Ancient Egypt. Even the Greeks and the Romans have all used and developed sundials of their own.

The oldest known sundial (also known as sun clock or shadow clock) was found in Egypt and it’s believed to have been used around 3,500 years ago during the reign of Thutmose III. The length of the shadow (instead of the placement of the shadow) casted by the sunlight hitting the gnomon indicated the time.

The sun has always been used to tell the time. Even today, you can look up at the sky and tell the approximate time based on the sun’s position.

Though the oldest sundial to date has been found, there is no saying that it’s the oldest sundial we’ll ever see. There is no telling when an older sundial may be discovered, and there are no studies to prove that shadow clocks haven’t been used at an earlier date. Here are some of accounts of different people and civilizations using sundials. 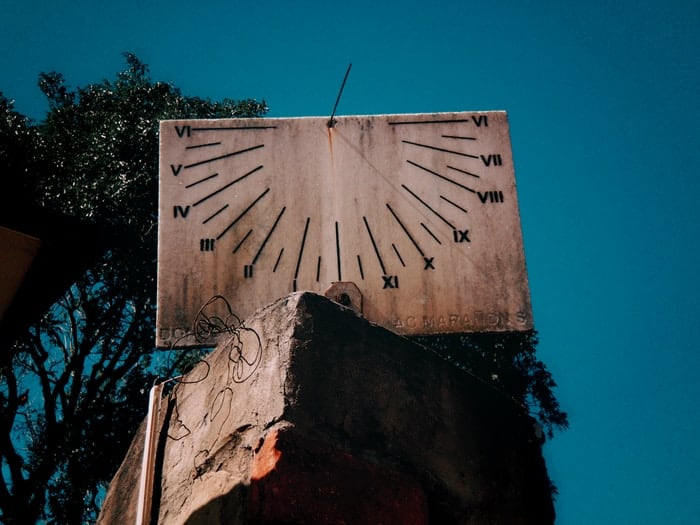 What Are Sundials Used For

A sundial is a device that measures time by the movement of a shadow cast from its pointer onto a surface marked with hours, typically from the sun’s position in the sky. The first sundials were used as early as 5000 BC by Babylonians and Egyptians to measure daytime hours, but portable sundials became popular due to their convenience when travelling between different time zones. Sundials are still in use today with many people preferring them for their simplicity and natural beauty.

Was the Sundial the First Clock?

The question of whether the sundial was the first clock is a difficult one to answer. Sundials could be considered an ancient form of clock, but clocks existed long before sundials were invented. Perhaps it would be more accurate to say that the sundial was one of the earliest forms of clocks ever developed. Some ancient cultures even developed their own specialized techniques for telling time by looking at natural phenomena such as tides and shadows. 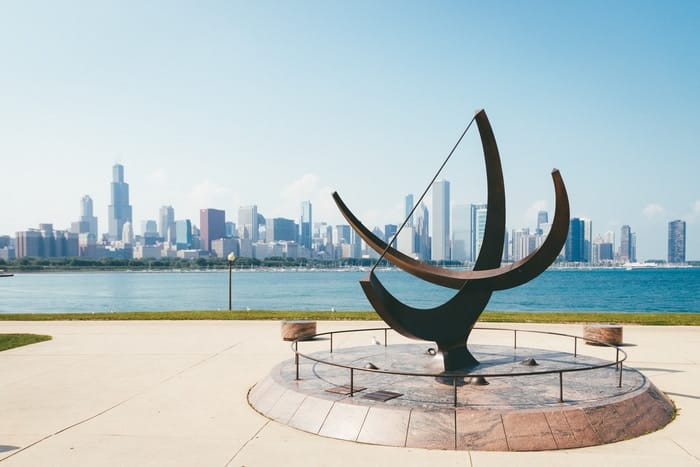 Is a Sundial Still Used Today?

The question of whether a sundial is still used today can be answered with a definite “yes”. In fact, this time-telling device has been in use for thousands of years. The sundial currently being used today relies on the change in the sun’s angle to cast a shadow over a plate with markings to indicate different times of day. Depending on where you are located, the shadow will move at a slower or faster rate.

Which Way Do You Face a Sundial?

The old saying of “Which way do you face a sundial” refers to which direction the sundial is facing. Throughout history, there has been debate about which direction the sundial should be positioned for accuracy. Sundials that use gnomons and hour lines were originally designed to follow the movements of the sun, and some say they should always be placed on an East-West axis with North as the top point on the dial.